Signs that Your Coolroom Evaporator Fan is Not Working Properly

Coolrooms are mostly utilised by businesses that often store products for later use or distribution. These wonders often have parts and components that allow them to work optimally, especially in terms of maintaining the cold temperatures of their spaces.

One of these parts is the evaporator fan. An evaporator fan is often situated right on top of the coolroom, allowing it to absorb the air circulating inside the said room and blow the air back with a much lower temperature. Typically, the evaporator fan and other surrounding components utilise refrigerant to effectively cool the air that is being absorbed during its operations. It likewise maintains the movement of the air to achieve consistent temperatures.

Evaporator fans are crucial to the daily operations of coolrooms. Hence, if they suddenly become faulty, then businesses might face some drawbacks in their operations. To avoid encountering any issues along the way, you must know the following signs that tell you your evaporator fan is not working properly.

Another sign that your coolroom has a faulty evaporator fan is if you have spotted some build-up of ice around the area. Since the evaporator fan cannot maintain the optimal coolroom temperatures anymore, humid, warm air can now circulate the coolroom, which is a primary variable that can trigger ice formation. Additionally, as frost and ice continue to accumulate, they might effectively affect the operations of other components, which can ultimately lead to the downfall of the coolroom.

One of the components that can be affected by the icing issue is the fan blades. If the ice continues to build upon key areas of the fan blades, then these parts are projected to suddenly stop working. And with the obstructions that can be found on fan blades, other components of coolrooms will be forced to work more and consume more energy just to ensure that the coolrooms will stay cold. Unfortunately, relying on other components would only lead to their deterioration as well.

All parts and components of coolrooms are expected to work harmoniously to effectively provide the needed cold air of stored products and remove any heat that may be present inside these rooms. However, if the evaporator fan starts to fail, other components have to step up and exert more effort just to sustain the needed temperatures of the coolroom. But the more effort they exert for a long time, the faster they will decline, which would then result in more defective coolroom components.

If you want to avoid these issues, feel free to contact us at P&R Commercial Refrigeration. 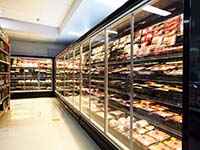 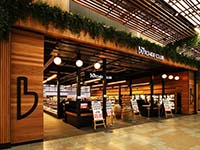 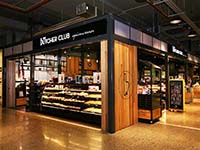